A Brief History of Cloud Computing

We took a look back at the history of how Cloud Computing began, with some highlighted key milestones.

In 1963, MIT developed a technology that allowed a “computer to be used by two or more people, simultaneously.” At the time, it was a gigantic computer that used reels of magnetic tape for memory and was the precursor to what has now become collectively known as Cloud Computing. It was a vey primitive Cloud solution that allowed only two or three people to access it at the same time.

In more recent times, Marc Benioff (CEO of Salesforce) is credited with inventing the new cloud model for delivering software via the Web, but, Larry Ellison (Co-founder of Oracle) has since taken a stand to take credit for the concept whilst effectively insinuating Marc Benioff took his idea and implemented it first.

A major milestone in the Cloud Computing era was the launch of Salesforce.com, which arrived in 1999 and quickly became a pioneer in delivering enterprise applications via the cloud, now known as Software-as-a-Service (SaaS).

The multi-tenant applications were designed to run in the cloud, be accessible over the internet and be used by large numbers of customers at low cost.

Salesforce's cloud computing services paved the way for specialist and mainstream firms to have the opportunity to deliver enterprise applications through the web, leading the way for Microsoft Office 365, Gmail and other popular SaaS applications to hit the mainstream. 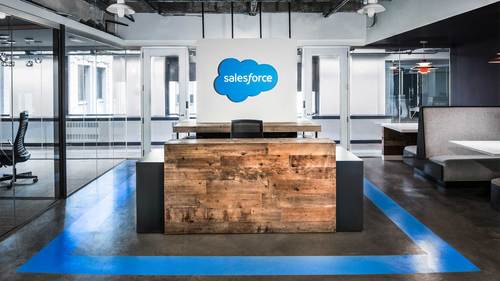 Shortly after the launch of Salesforce, Amazon launched its Amazon Web Services (AWS) platform with the aim of delivering a suite of cloud-based computing services to customers that would only pay for what they use. It was then formally launched in 2006 as a business unit.

AWS was originally launched as a free service for business users to add Amazon.com features to their own sites, but quickly grew to become a multi-billion dollar business of its own.

Following this launch, Amazon became the first major organisation to modernise its data centres, utilising only 10 percent of capacity at any given time. The company discovered that its cloud computing infrastructure model enabled them to use their existing capacity, just with much greater efficiency.

Web applications hosted on GAE are sandboxed and run across multiple servers for redundancy and allowing for the scaling of resources according to traffic requirements.

GAE paved the way for browser-based enterprise apps through Google Apps, available on both mobile and web.

Software giant Microsoft entered the cloud market with the launch of its cloud computing platform Azure in 2010, after it was announced in 2008.

The platform was built to support the streamlined development of web and mobile apps over the web.

Azure now covers SaaS, IaaS and PaaS and can be used for building, testing, deploying and managing applications and services through a global network of Microsoft data centres.

SmartCloud Solutions are made up of various collaboration, analytics and marketing SaaS applications.

Although the preview was released in 2012, Google Compute Engine was officially launched in 2013 as an addition to the Google Cloud Platform. The offering stands as the IaaS component of the platform.

GCE enables users to launch virtual machines on demand, which can be launched from the standard images or custom images created by users.

Take a look at our current live 'Cloud' related jobs