We took a look back in time at some of the worlds most infamous cyber hackers who've helped shape the internet we have today.

Creator of the first computer worm transmitted through the Internet, Morris, a student at Cornell Univeristy in the USA, claimed it was not aimed to harm but was made for the innocuous intent to determine the vastness of the cyberspace.

Things went pear-shaped when the worm encountered a critical error and morphed into a virus which replicated rapidly and began infecting other computers resulting in denial of service. The damage? 6000 computers were reportedly affected causing an estimated $100,000 - $10,000,000 in repair bills.

While this event could be pinned as being an unfortunate accident, it no doubt played a part in inspiring the calamitous distributed denial-of-service (DdoS) type of attacks we see today. 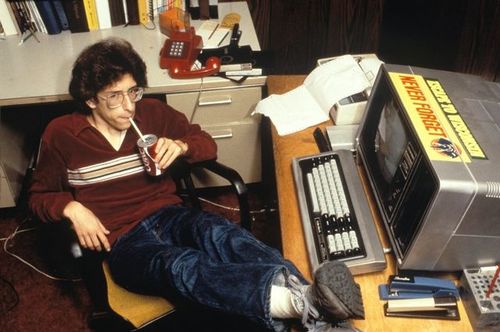 Poulsen is famous for his work in hacking into the Los Angeles phone system in a bid to win a Ferrari on a radio competition.

LA KIIS FM was offering a Porsche 944 S2 to the 102nd caller. Poulsen guaranteed his success as he took control of the phone network and effectively blocked incoming calls to the radio station’s number.

He won the Porsche but the law caught up to him and he was sentenced to five years in prison.
Poulsen later became the senior editor for IT security publication, Wired News. 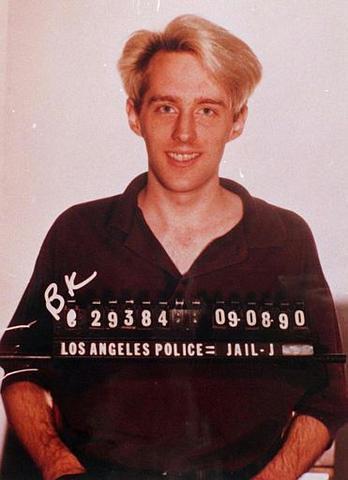 Probably the most famous hacker of his generation, Mitnick has been described by the US Department of Justice as "the most wanted computer criminal in United States history."

The self-styled 'hacker poster boy' allegedly hacked into the computer systems of some of the world's top technology and telecommunications companies including Nokia, Fujitsu and Motorola.

After a highly publicised pursuit by the FBI, Mitnick was arrested in 1995 and after confessing to several charges as part of a plea-bargain agreement, he served a five year prison sentence. He was released on parole in 2000 and today runs a computer security consultancy. He didn't refer to his hacking activities as 'hacking' and instead called them 'social engineering'. 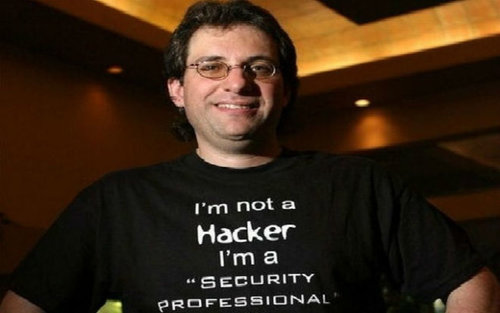 Originally thought to have been the efforts of Iraqi operatives, a systematic cyberattack was launched in the US which seized control of over 500 government and private computer systems. The hackers were exploiting computers running on the ‘Sun Solaris’ operating system, hence collective attacks were called ‘Solar Sunrise’.

The US Government assembled a number of defence divisions including the FBI and the Defence Information Systems Agency to investigate the matter.

Much to everybody’s surprise, there were no Iraqi operatives involved in the hacking. Israelian Ehud Tenenbaum, aka "The Analyzer," was sentenced for a single count of bank-card fraud for his role in the sophisticated computer-hacking scheme that federal officials say scored $10 million from U.S. banks. While it was cased closed for ‘Solar Sunrise’, the attacks highlighted how a co-ordinated effort could affect an entire country’s IT infrastructure. 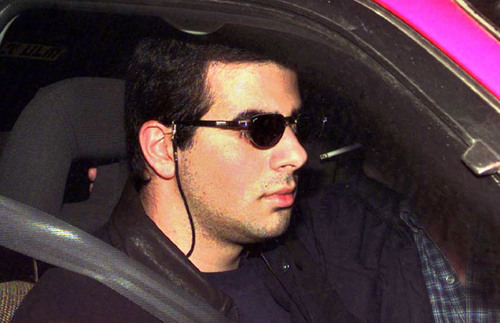 It was a very simple virus which ended up costing $80 million in damages.
The Melissa virus would infect Microsoft Word documents and automatically disseminates itself as an attachment via email. It would mail out to the first 50 names listed in an infected computer’s Outlook email address box.

The creator of Melissa, David Smith, said he did not intend for the virus to harm computers but was still arrested and sentenced to 20 months in prison.
Incidentally, anti-virus software sales went gangbusters that year. 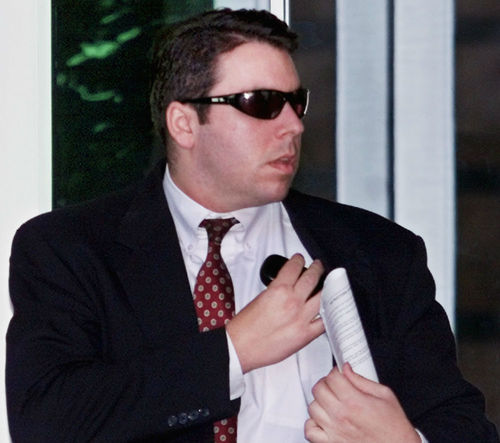 Jonathan James was 15 at the time but what he did that year secured him a place in the hacker’s hall of fame.

James had managed to penetrate the computers of a US Department of defence division and installed a ‘backdoor’ on its servers. This allowed him to intercept thousands of internal emails from different government organisations including ones containing usernames and passwords for various military computers.

Using the stolen information, James was able to steal a piece of NASA software which cost the space exploration agency $41,000 as systems were shut down for three weeks.
According to NASA, “the software [purported to be worth $1.7 million] supported the International Space Station’s physical environment, including control of the temperature and humidity within the living space.”

James was later caught but received a light sentence due to his young age.
He committed suicide in 2008 after he was accused of conspiring with other hackers to steal credit card information. James denied the allegation in his suicide letter. 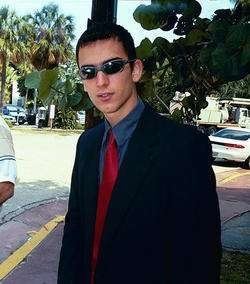 Another 15 year old that caused mischief in cyber space was Michael Calce a.k.a. MafiaBoy.
In 2000, Calce, now 34, was just a Canadian high school student when decided to unleash a DDoS attack on a number of high-profile commercial websites including Amazon, CNN, eBay and Yahoo! An industry expert estimated the attacks resulted in a $1.2b damage bill.

He was later apprehended. Because he was still a juvenile, Calce was sentenced in 2001 to eight months in open custody, meaning his movements and actions would be restricted. His online access was also limited by the court. Calce and since scored gigs as a columnist and recently published a book about his ordeal. 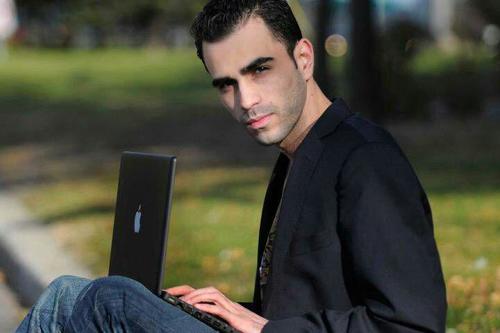 In 2002, a cyberattack aimed squarely at all 13 domain name system’s root servers in the US almost brought the Internet to its knees. It was a DDoS attack which lasted for one hour. While it doesn’t sound like a long time, it was the scale of the attack that was most alarming.
At that time, US Federal authorities described the attack as the largest and most complex in history.

Internet servers were severely strained for one hour although users probably didn’t experience any adverse effects. But if the attacks lasted any longer, it would have brought the Internet to a standstill. 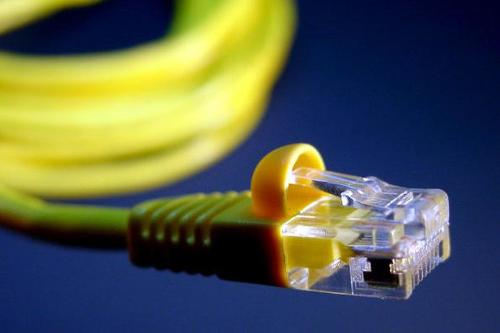 Samy Kamkar - The Myspace Worm that changed the internet forever (2005)

Samy was just 19 years old when he wrote a few lines of code which he expected to gain him a few online friend requests. The code saw him gain over 1 million Myspace friend requests in a matter of days - this was when Myspace was the biggest social network at the time. Samy had accidentally created a self-propagating worm.

Myspace had to shut down their website in order to figure out what was going on and remove the worm. After a few hours the site was back up, but Samy's profile had been deleted.

Samy had used a technique called a Cross Site Scripting attack, more commonly known as XSS. At this time, Myspace said they didn't really have a security team, and they "didn't know what to do". In fact, no one had seen anything like this worm before - it was an eye opening moment for the industry.

Six months after the incident, Samy was greeted by the Secret Service and the Electronic Crimes Task Force of the LAPD with a warrant to search and seize his laptop, computers and hard disks. He served 3 years of probation with no computer or internet access.

Kamakr now uses his skills to identify weaknesses at companies such as Google, Apple and Microsoft, as well as creating devices to automatically hi-jack drones and unlock cars and garage doors. This work is done in order to raise awareness of any potential weaknesses in their security systems with the aim of protecting their customers. 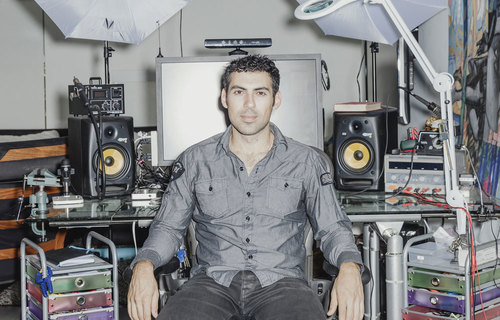 In January 2008, a New Jersey teenager along with a gang of hackers launched a DDoS attack that crippled the Church of Scientology website for several days.

The group was dubbed ‘Anonymous’ and is staunchly against the ‘religion’. Dmitriy Guzner, who was 19 years old, was charged and convicted for the DDoS attack.

The maximum penalty was 10 years prison and a $250,000 fine but he was ultimately sentenced to two years’ probation and was ordered to pay the Church of Scientology $37,500. 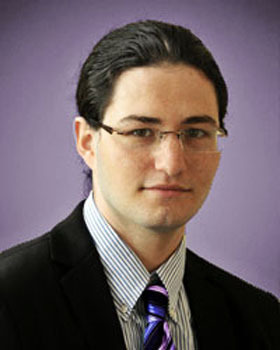 Albert Gonzales, a hacker from Miami, was responsible for one of the biggest fraud case in US history.

Gonzales was responsible for sealing tens of millions of credit card and debit card numbers from over 250 financial institutions. He had hacked the payment card network from companies including the 7-Eleven convenient store chain. 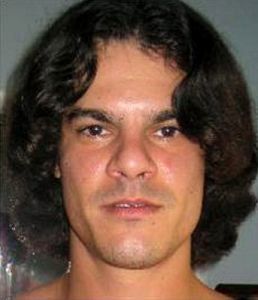